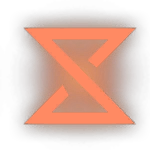 Residuum is one of the resources in Deathloop. Residuum can be infused into Weapons, Slabs and Trinkets, allowing Colt to maintain his equipment between loops.

Residuum is obtained by absorbing it from objects and the corpses of dead Visionaries, or by sacrificing items in the Inventory. Infusing and sacrificing items is done in the Load Out screen, in between time periods. Residuum collected during the day is lost at the end of the day, when the new loop starts.

It is only available after finishing the Visionary Lead, Ubiquity.

The Residuum required for infusing and received for sacrificing equipment will depend on its quality.